The Story of Mae Bowles Gibson

Every once in a while we receive a totally unexpected significant gift from someone who has never given to the food bank before. So is the case with Mae Bowles Gibson.

In 2003 the food bank made the important decision to move from the rented location we had outgrown and purchase a new building on Hickson Avenue.

We had saved for a substantial amount of the down payment, but were still carrying a significant balance of about $145,000.00. Soon after the move, we were contacted by Mrs. Bowles Gibson’s attorney, who informed us of a forthcoming bequest. We were honoured by her generousity and astounded to learn that the amount designated for the food bank would be more than enough to pay off the existing mortgage balance.

Mae Bowles Gibson is truly one of our Food Bank Champions and we are forever grateful to her and her family for this tremendously generous gift. 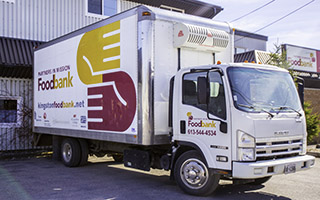